I love Rainbow Six Siege and in my opinion it is the best first person shooter game in 2021. Siege is NOT broken! Siege is NOT dying! Rainbow Six Siege has been launched in 2015. It surely doesn’t mean that the game is getting old or that Siege would be dying. Siege just reached 70 million players mark recently and it’s no wonder why. Siege is at it’s best right now and it just keeps getting better with constant updates and thriving playerbase. Can’t wait to get all the big changes coming up in the new season Crimson Heist! Why Siege is such an awesome fps game then? In this video I will show you why and also reveal why I fell in love in Siege around 3 years ago. The reason why I loved Siege back then were the same reasons why I like Siege so much today. Totally unique teamwork experience, complex and demanding gameplay and the rollercoaster of emotions you get while playing Siege. I just think Rainbow Six Siege is totally unique among all other fps games. 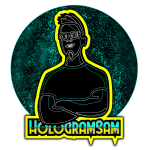